New Single, “Heart On A Wire” Out Now on Okazia Records! Download OR Stream on SoundCloud HERE. 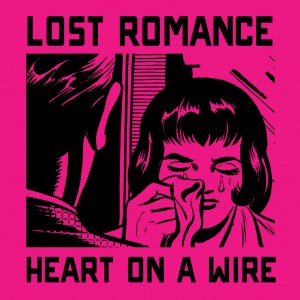 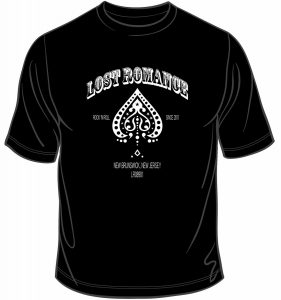 “HEART ON A WIRE” SINGLE – Lost Romance (2016 Okazia Records) Lost Romance – rounded out by Gerry Perlinski (Guitar/Vocals), David Harman (Drums/Backing Vocals), and Dan Haag (Bass/Backing Vocals), has channeled their influences such as The Replacements, Husker Du and The Lemonheads to deliver a hard-hitting single that screams old school rock and roll and punk. BUY on Apple Music://apple.co/1YcQEgO

“THE LIGHT AND THE DARK” EP – Lost Romance (2013 Starving Dog Records) The debut EP from Lost Romance featuring the single, “Top Of The World”, plus “(Looking For That) Silver Bullet” and more. Power pop punched in the gut by grunge. For fans of Husker Du, The Replacements, Dinosaur, Jr., The Gaslight Anthem, The Smithereens. Buy the CD here: http://www.cdbaby.com/cd/lostromance

“LIVE AT GREAT SCOTT” – Lost Romance (2012 Okazia Records) This album was recorded on the fly during a live set at a small club in Boston called Great Scott. The energy of the crowd and the band was off the charts at this packed show of about 200. You can hear the roar of the amps as well as the audience throughout this raw, exciting 40 minute set. Download the album FREE here: http://lostromance.bandcamp.com/album/live-at-great-scott