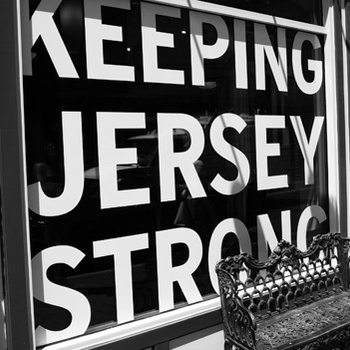 November 19th, 2012 – Lost Romance is extremely proud to be part of this amazing digital benefit compilation for those affected by Hurricane Sandy. Put together by our friend Mike V in The Everymen, we donated our track “Top Of The World” recorded live at The Saint which is one of Asbury Park’s most notable venues. 52 songs for $5! with 100% of proceeds going to the American Red Cross. Featuring Real Estate, Nicole Atkins, Those Mockingbirds, La Sera and more!!

INFO ON THE BENEFIT

“Hey Sandy, We’re Still Here” is a rock and roll benefit featuring bands from near and far, all of whom have some connection to the areas affected by Sandy.Among its dozens of tracks, Hey Sandy features a new song from Shark River Hill’s Nicole Atkins, a b-side from Ridgewood’s Real Estate, a never-before-heard track by Jersey City’s American Watercolor Movement, a song from La Sera (aka Kickball Katy), an early interview of a young Neil Hamburger by a pre-Best Show (and one of Jersey’s favorite sons) Tom Scharpling, a brand new song from Tuckerton’s The Everymen, a new track from Bayonne’s Cold Fur which boasts former members of Rye Coalition, songs from Those Mockingbirds, Cinema Cinema, pow wow!, Holy City Zoo and I Am The Heat, along with contributions from bands and artists from all across New Jersey, New York and Connecticut. We even went bi-coastal and scored a track from Los Angeles indie rockers NO.

For a minimum donation of $5 (after $5, it’s pay what you want with absolutely no maximum) you can get all the songs on this compilation, with your donation going straight to the American Red Cross.

Please help out, donate, enjoy and most importantly, spread the word.